I wasn’t always a plein air or “on location” artist. I have always worked with nature as a theme. My move to plein air was born out of necessity, location and my uncompromising desire to capture the personality and deeper essence of the yew trees. 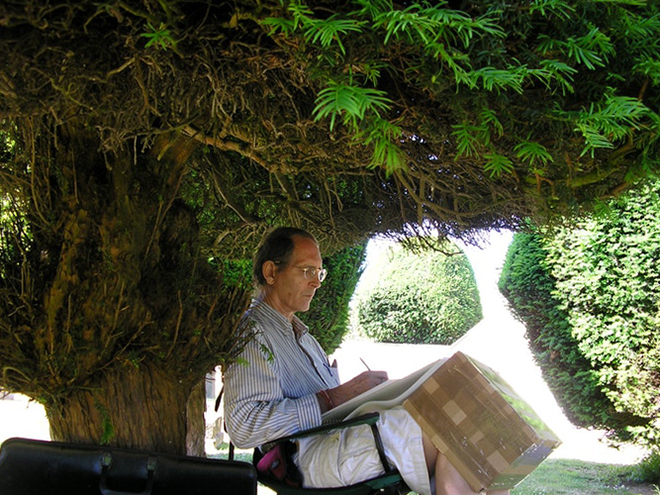 I began my yew tree series in 1991. I had found St. Mary’s churchyard in a pamphlet about the Cotswold village of Painswick. I visited the churchyard and was amazed with the number of trees and their placement along pathways criss-crossing the churchyard. Over 100 trees were planted in the Middle Ages and they are clipped yearly. On my first visit, I took a number of photographs which inspired my yew tree series.

We returned to Painswick the following summer and I worked on location for a month. Initially I was working on the outside shape of the trees and their relationship to each other. I found I needed to work plein air to understand and capture the structure of the trees.

Over the years, the yew tree series shifted from the focus on the outward appearance of the trees to the underneath bough structure. Once, a number of years ago, I tried to recreate this bough structure from a photograph. When I returned to Painswick the following summer, the photographs I had been working from had flattened out the space and the image was lifeless. The piece I was working on was ‘Yew Trees #66’. I invite you to watch my video ‘Greg Thatcher Painswick Yews’ and see the incredible interior structure of the yews.

Since that time I have been working exclusively plein air which gives my the opportunity to draw exactly what I see and experience. A drawing requires many hours to complete – from 300 -650 hours and a minimum of two to three trips to the UK. Sitting under a yew tree working solely plein air is a great inspiration and challenge to bring to life in my work the personality of these magnificent trees. I sense that I am the trees’ spokesman, an honor that I deeply appreciate. 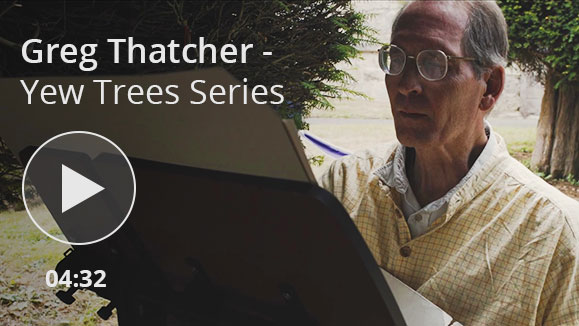 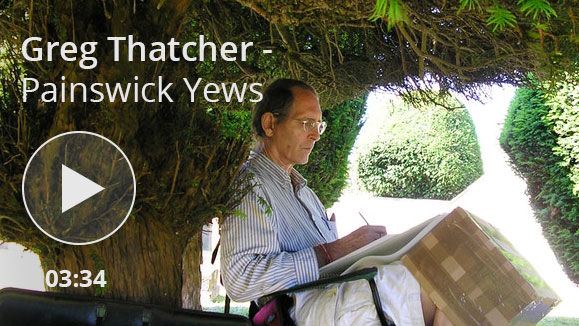