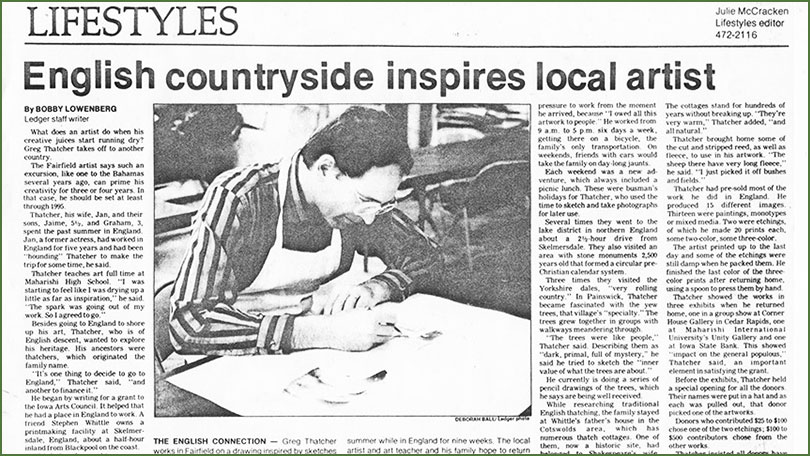 What does an artist do when his creative juices start running dry? Greg Thatcher takes off to another country.

The Fairfield artist says such an excursion, like one to the Bahamas several years ago, can prime his creativity for three or four years. In that case, he should be set at least through 1995.

Thatcher, his wife, Jan, and their sons, Jaime and Graham, spent the past summer in England. Jan, a former actress, had worked in England for five years and had been “hounding” Thatcher to make the trip for some time, he said.

Thatcher teaches art full time at Maharishi High School. “I was starting to feel like I was drying up a little as far as inspiration,” he said. “The spark was going out of my work, so I agreed to go.”