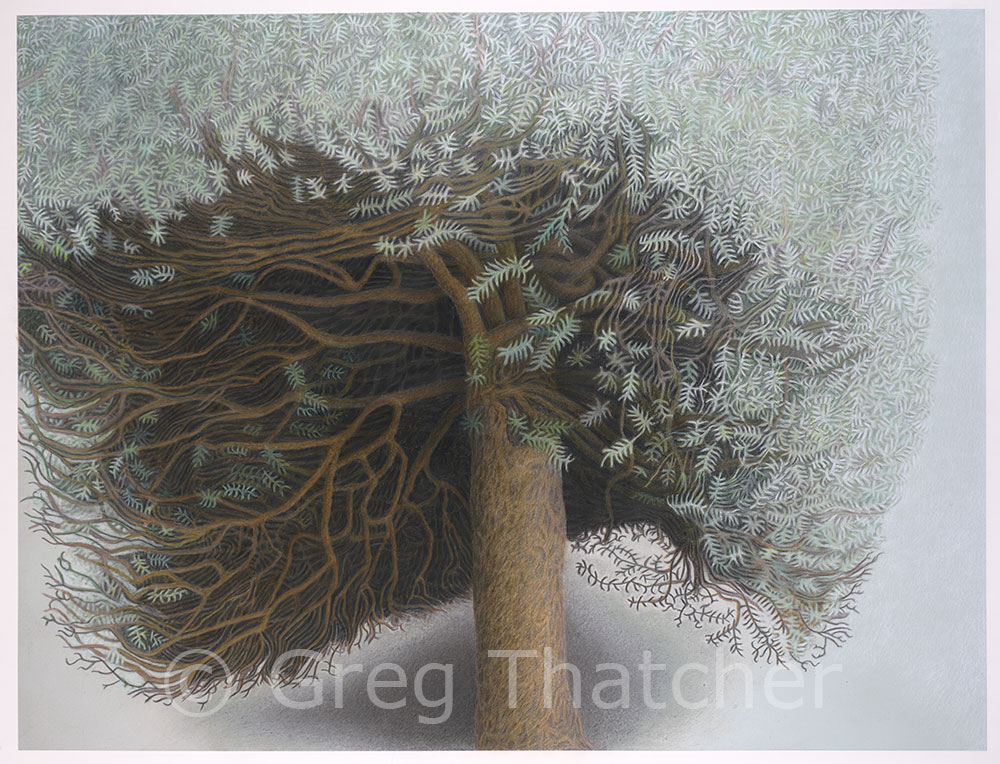 Originally published by The Iowa Source

An eclectic collection of techniques and media, Greg Thatcher’s 30-year retrospective will be exhibited at MUM’s Unity Gallery through May 27. With a BFA in printmaking techniques and an MA in painting and drawing, Greg has never hesitated to push the envelope in his experimental work. The unconventional surfacing and mixed media techniques he used led to broad innovation in printmaking.

Greg often uses space as subject and sees space as the container of the universe. The 21st-century art would call this technique “pictorial space,” but Greg was intrigued by spatial definition long before the century rolled over. Many of his drawings boggle the imagination, as the viewer moves into environments never imagined.